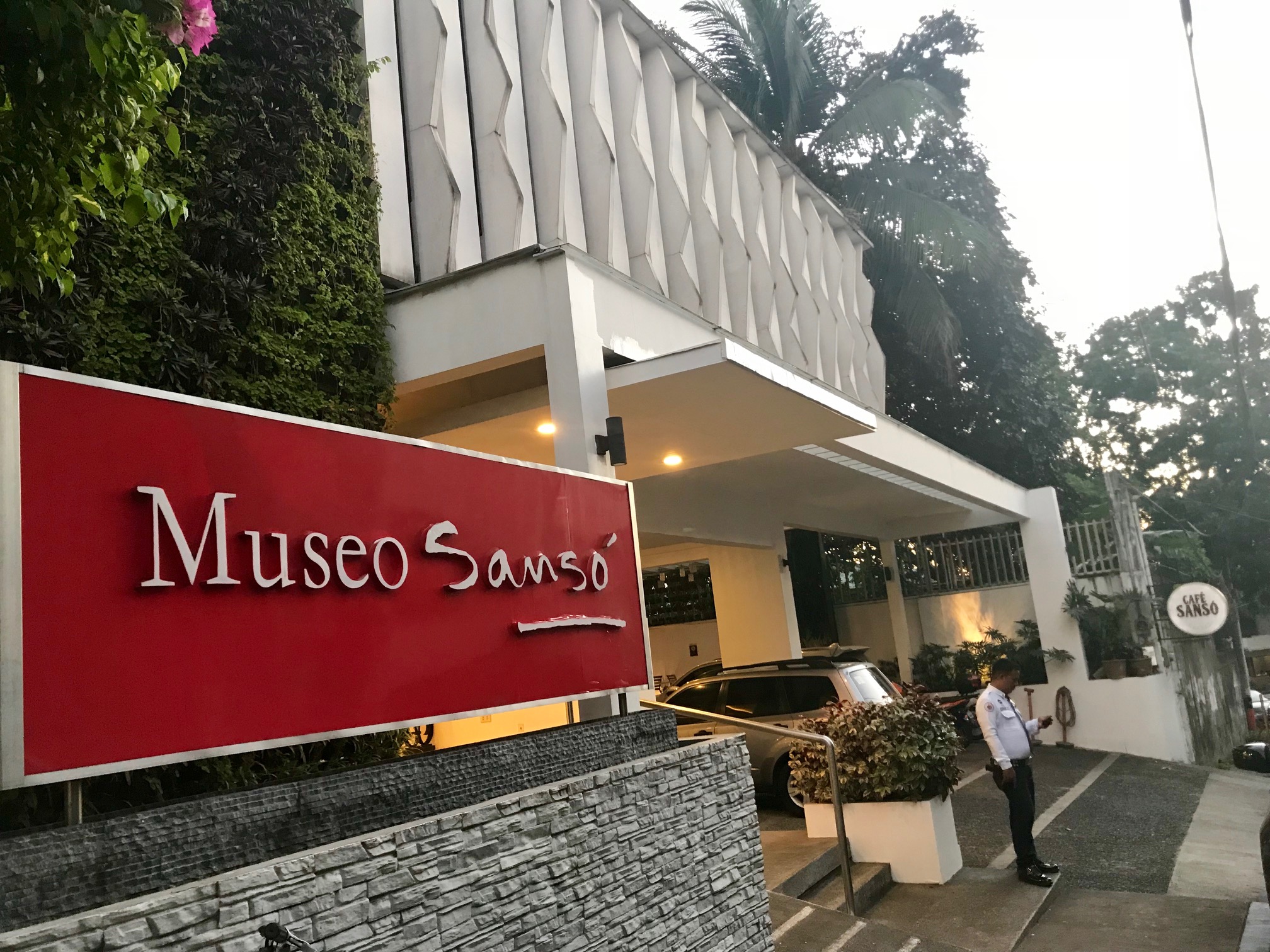 When Fundacion Sanso acting director Ricky Francisco invited me to their museum, I had no idea that there were several exhibits on display.
I was pleasantly surprised to be greeted by Ronyel Compra’s Lutâ: Imprint of Lola Masyang’s House. The Cebuano artist explained how his grandmother’s home – made of light materials such as abaca, bamboo, and lumber – had been destroyed by termites.  “Ang ginawa ko, yung bahay ng anay, kinuha ko, ginamit ko. So, gibaan ng bahay!,” he chuckled. Ah yes, an eye for an eye, a home for a home. He used the termite soil on rafia fabric to recreate the house of lola Masyang (Dalmacia). “Printed through rubbing,” he explained. “Ginagawa na ng mga ancient Chinese ‘yan,” he added. 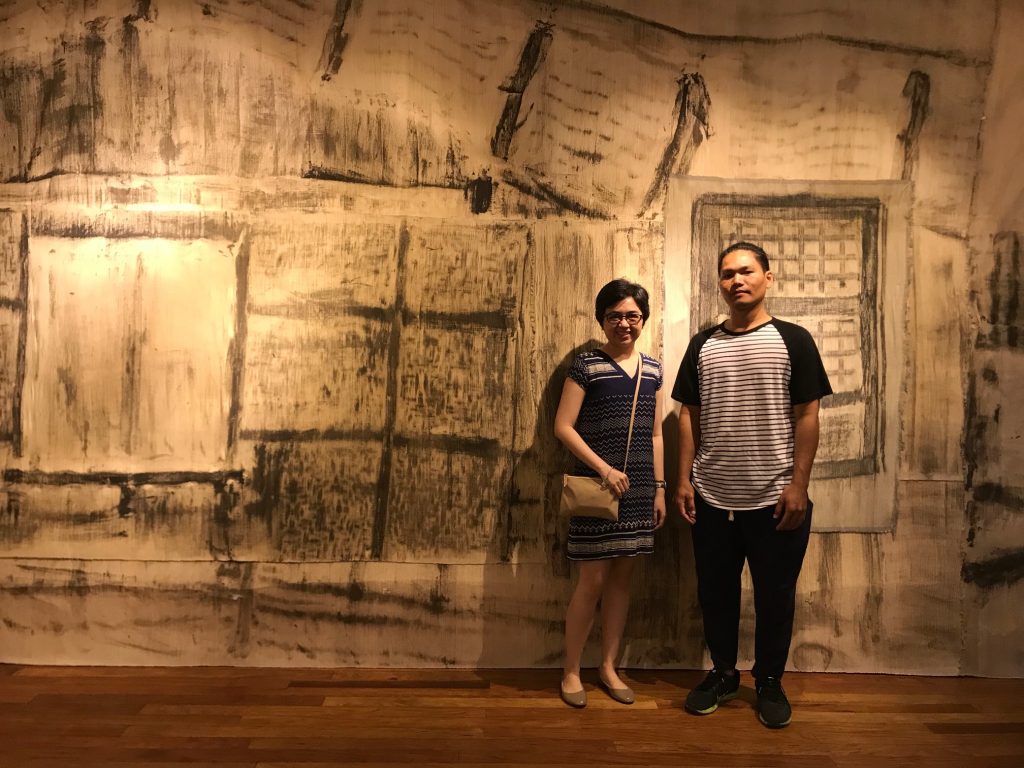 A peek in the chamber next door revealed a crowd of open mouths. Tribunganga! Tribulusyun! is supposedly a congregration of tribes expressing themselves, seeking attention, and wanting to be heard.
The artist behind it is Pancho Villanueva, an environmental architect.

“When you cut bamboo, you make these notches para doon ithe-thread para mahila ng kalabaw. When they are brought to the site, they cut out all of these kasi disfigurement ng bamboo, so itatapon lang o susunugin. Tapos na-realize ni Pancho na parang mga bibig so gumawa na siya ng mga totems ng mga bibig tapos nilagyan niya ng mga transfers that give them more meaning,” shared Ricky who is also at the helm of most of the curatorial work at the museum. 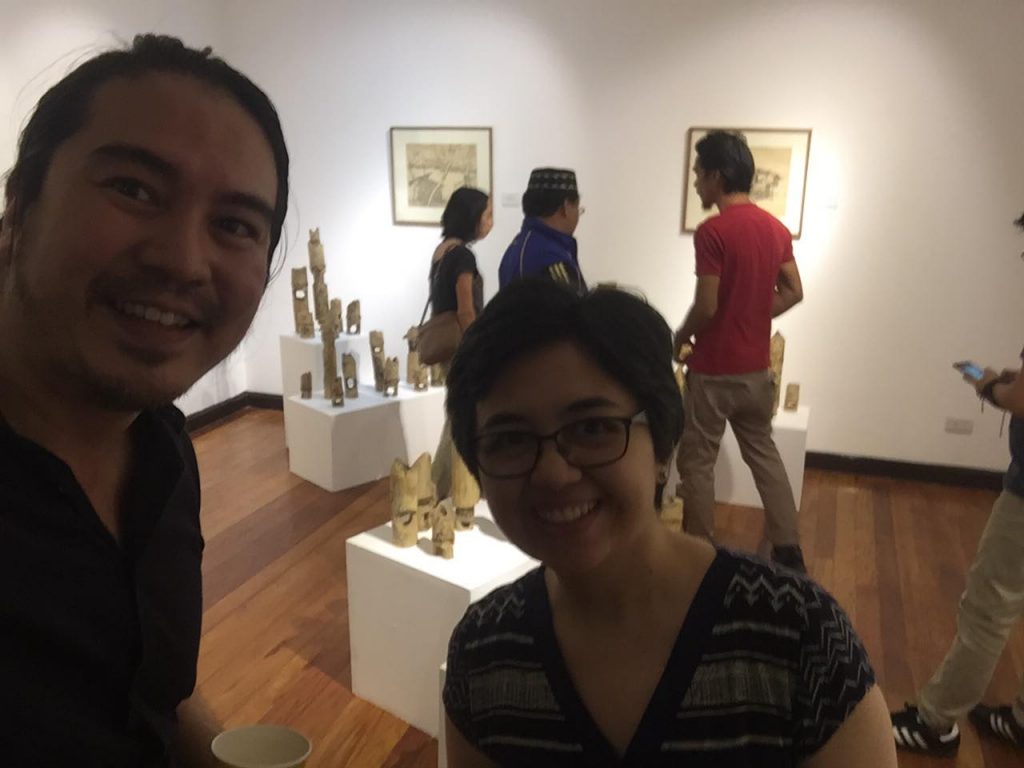 With Ricky Francisco, curator and acting director of Fundacion Sanso

“Everything here is memory-related, about archiving or trying to salvage things. The idea of what we keep and why we treasure, why we remember,” he continued as he led me to a spread of old letters, correspondence between Juvenal Sanso and fellow industry stalwarts such as Cesar Legaspi and Mauro Malang Santos. “Mga bata pa sila nu’n,” Ricky emphasized. 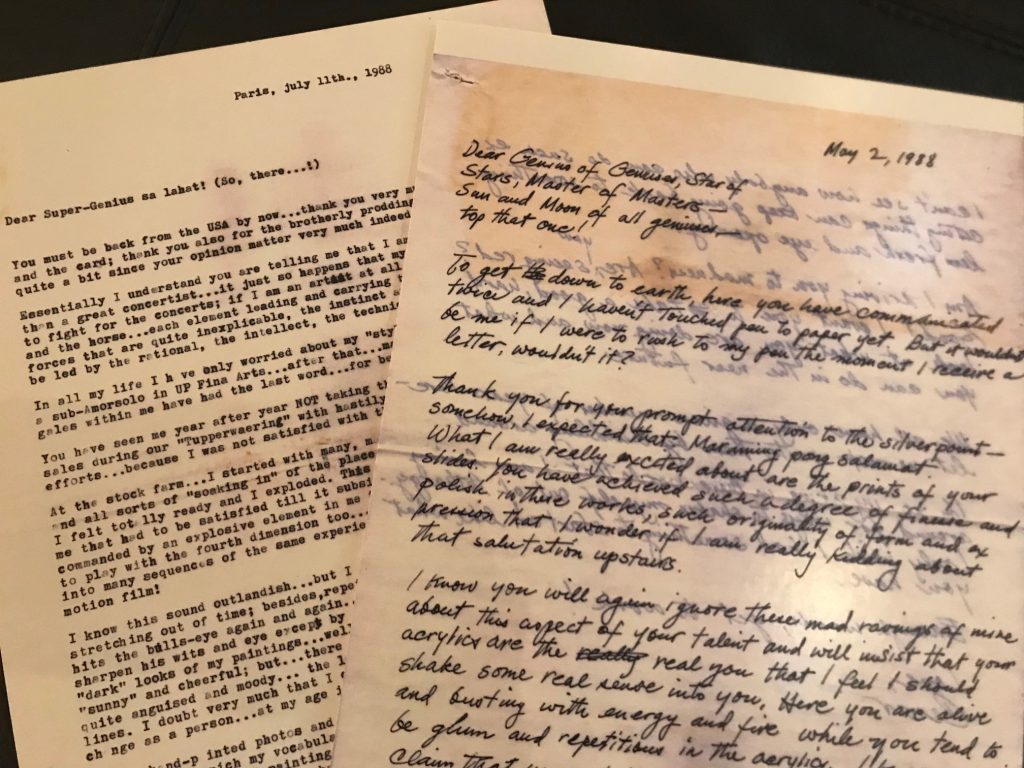 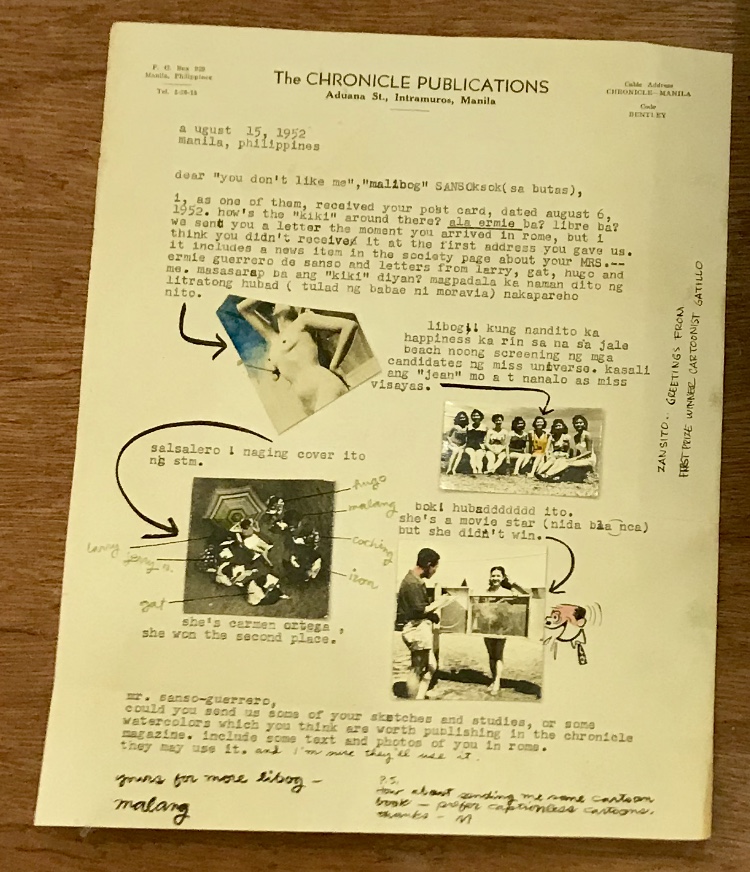 Letter of Mauro Malang Santos to Juvenal Sanso dated August 15, 1952. Spot the magic words: libog, salsalero. Do I have your attention now?

As I climbed the steps to the second floor, I noticed the mini garden. It wasn’t until I was inches away did I realize that the plants aren’t real. Marionne Contreras’ installation work Plants Nos. 1-2, Plant No. 4, Plant Nos. 7-15, Small Plant Nos 7-13 is made out of scrap canvases, mostly from her painter husband. 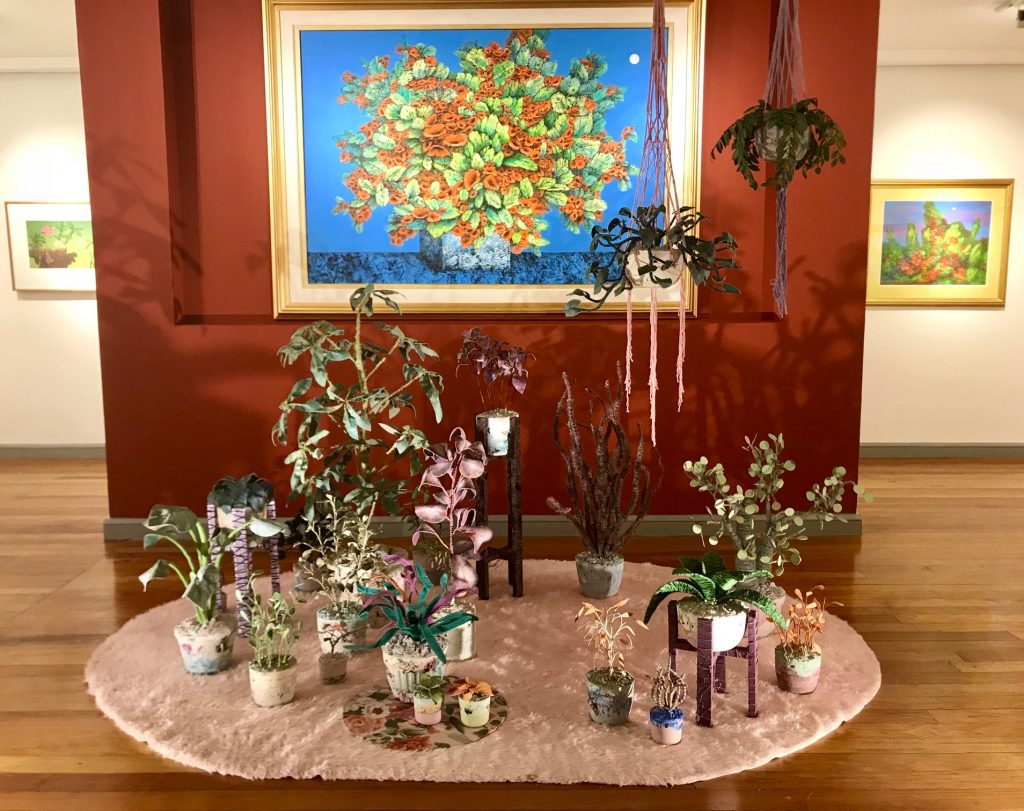 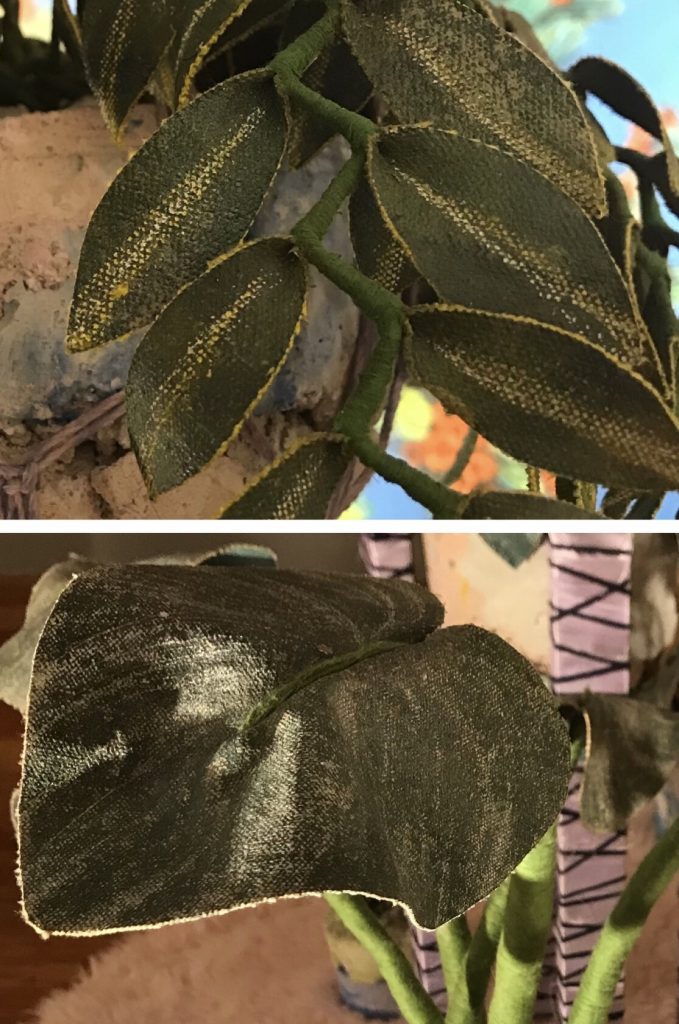 And of course, I again got a glimpse of Christina Quisumbing Ramilo’s show, Forest for the Trees. I appreciated it better this time, more than when I had to elbow my way through the throng at the recent Art Fair Philippines.
“The old ones I got from Las Casas de Acuzar in Bataan, they’re scrapwood from ancestral houses. I really wanted those specific scrapwood because it’s history,“ she reasoned after being asked about the materials she used.

“She created a library,” Ricky pointed out. “During the Art Fair, everyone was given a chance to write on the pieces of wood so it became performative siya in the sense, kasi she became like a librarian. Pag may sinulat yung tao, ililipat niya yung section. One side is all inspirational, romance-romance, hugot and love, lahat ng pornographic are in another section.” 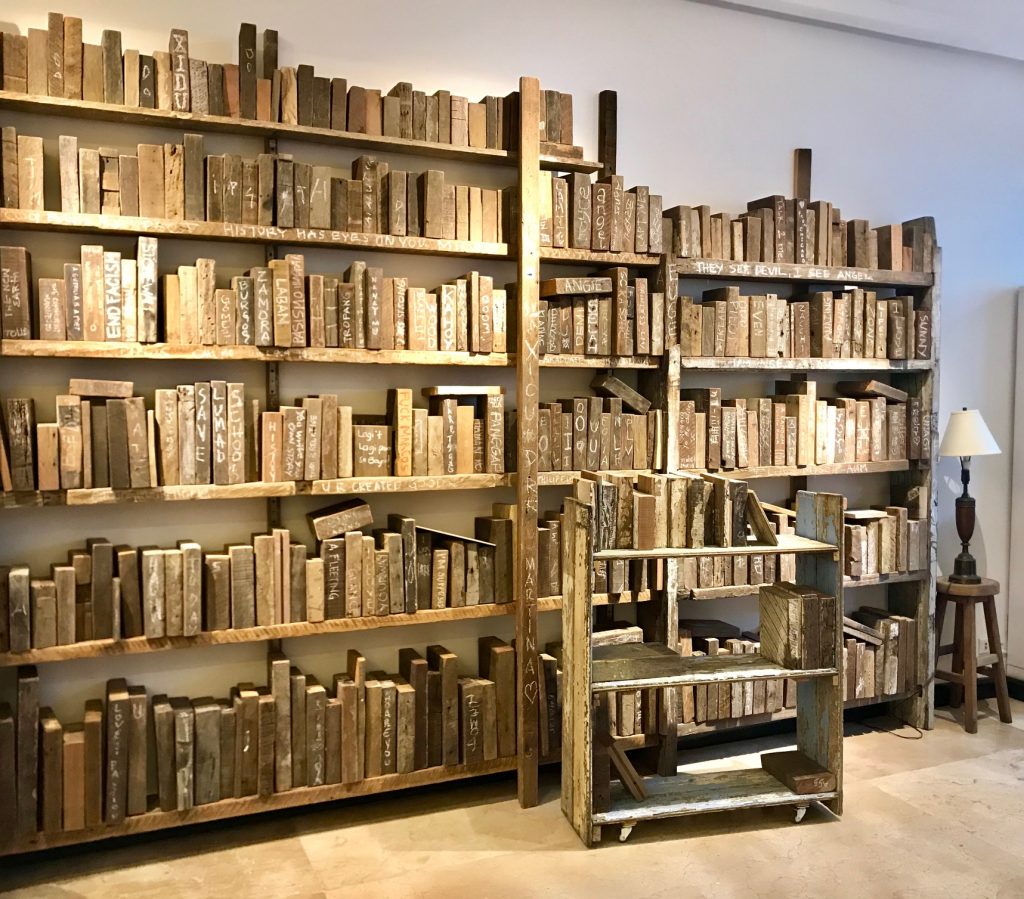 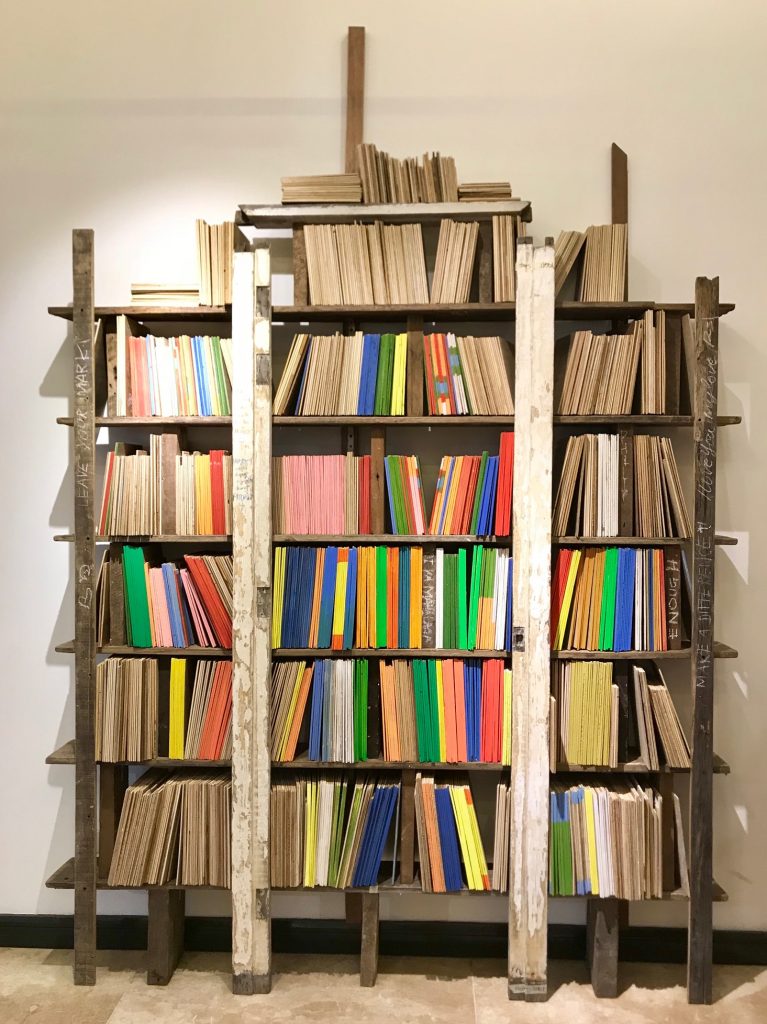 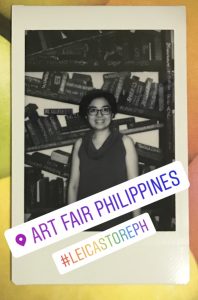 After going around and appreciating everything on display, I approached Ling (as Christina is called). “Fortune teller ako by night,” she grinned as she sat in a corner with a sign offering charot card reading. “It’s sort of a fund raiser for school kids. The money that I’m collecting is gonna go to the elementary school children in Kamuning. I’m gonna buy school supplies. I’ve worked with them before and I want to help them,” she disclosed. 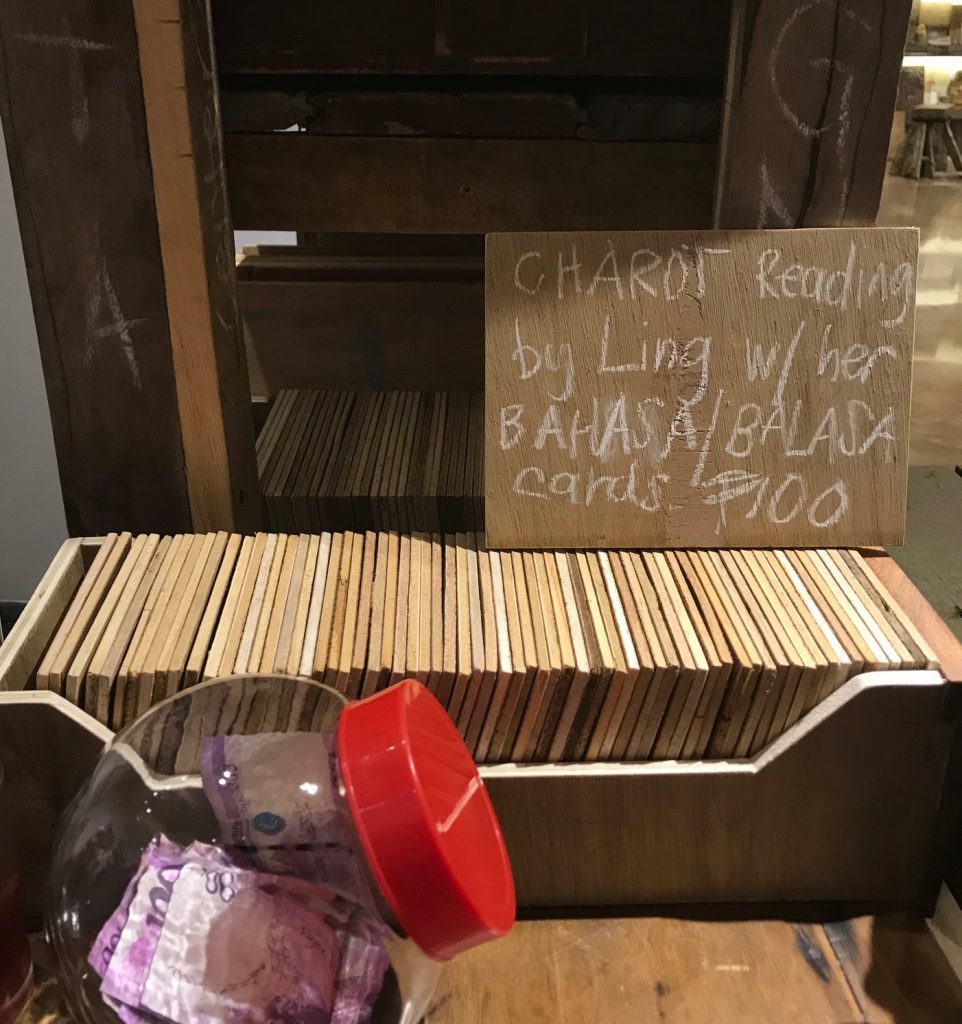 “I did a residency in Indonesia. Bahasa is their language, they’re shuffling words – the work is about shuffling words and images,” Ling Quisumbing Ramilo elaborated on the sign.

And so I dropped P100 in the jar and took the chair in front of her. The deck of cards she used was actually a collection of photos she shot around ten years ago. “Mostly in Indonesia, some in New York,” she quipped while I shuffled. I giggled through the reading because while it was really supposedly just for fun, everything she said made sense! 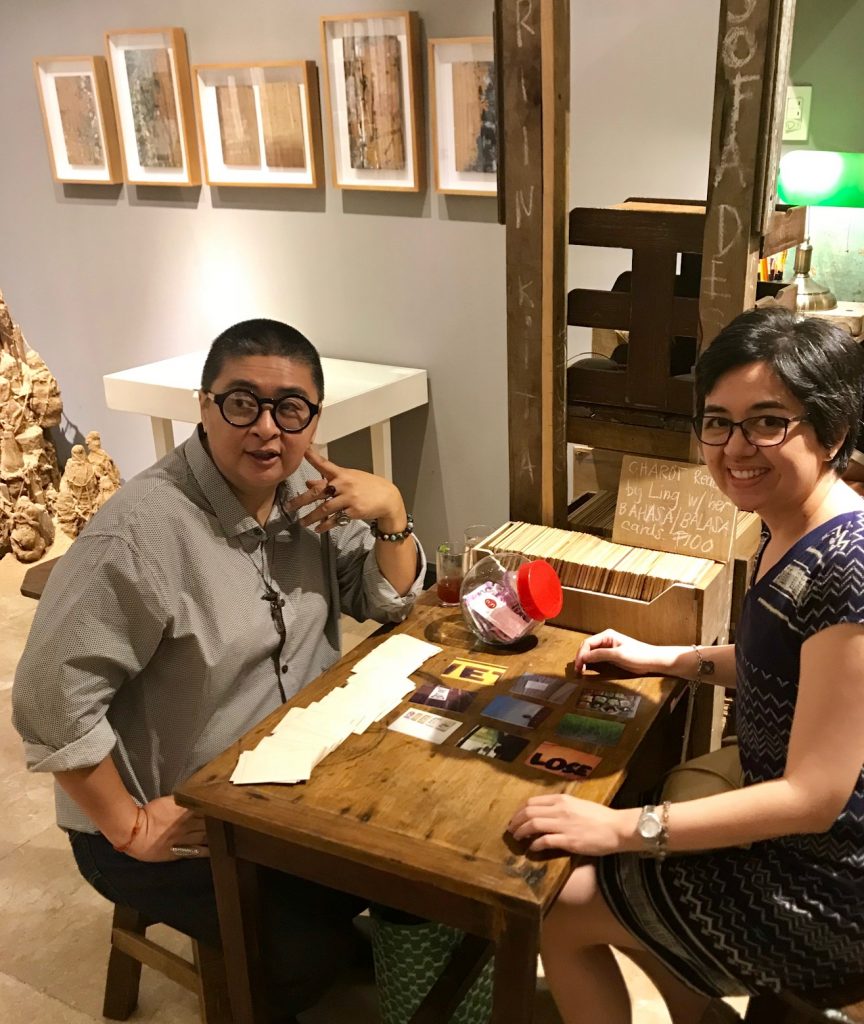 The charot card reading was only offered on the show’s opening day but the all exhibits will be available for viewing until April 15 at Fundacion Sanso located at 32 V. Cruz, Brgy. Sta. Lucia, San Juan City. 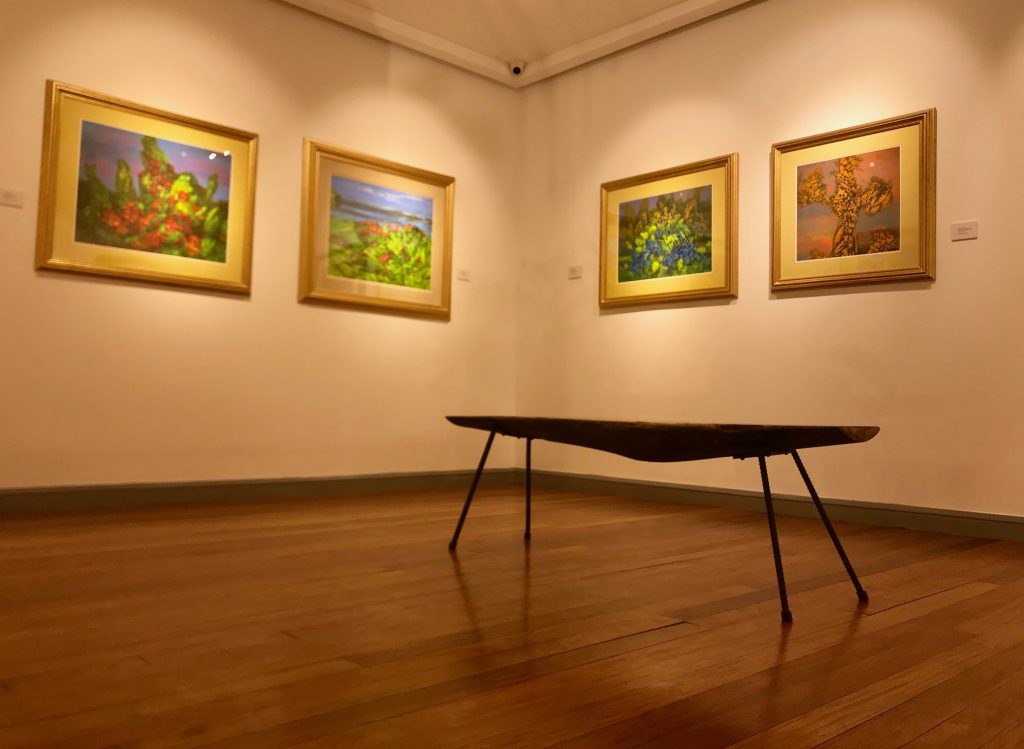 I spent a few minutes sitting in this garden of Juvenal Sanso’s paintings, muni-muni about my fortune. Hehe. 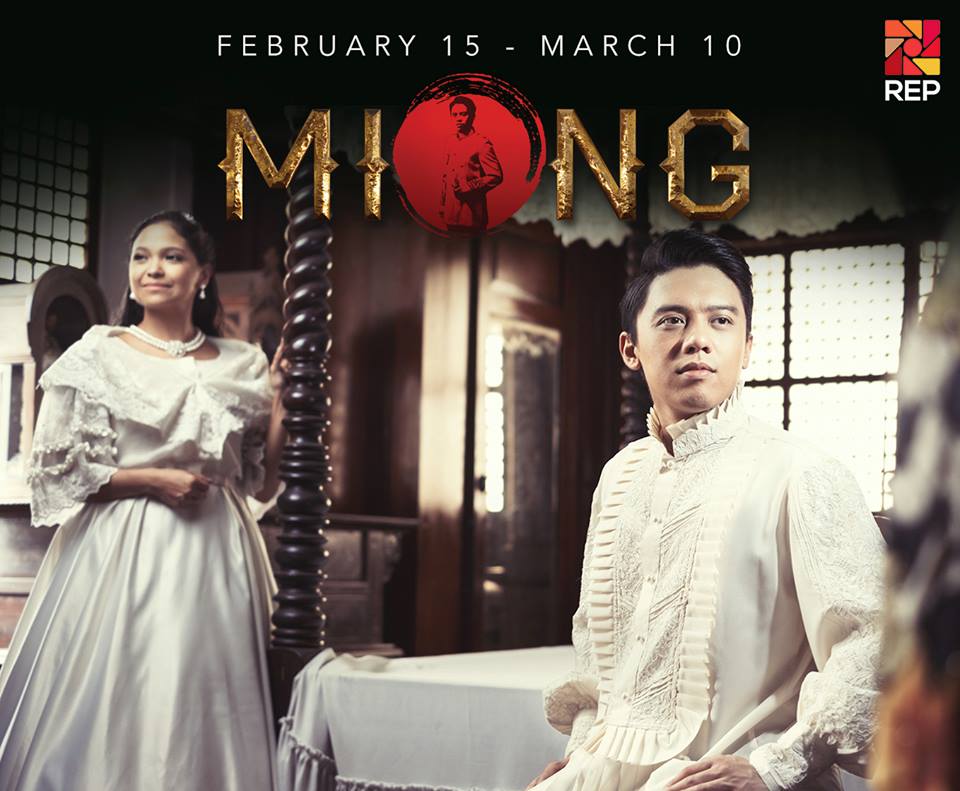