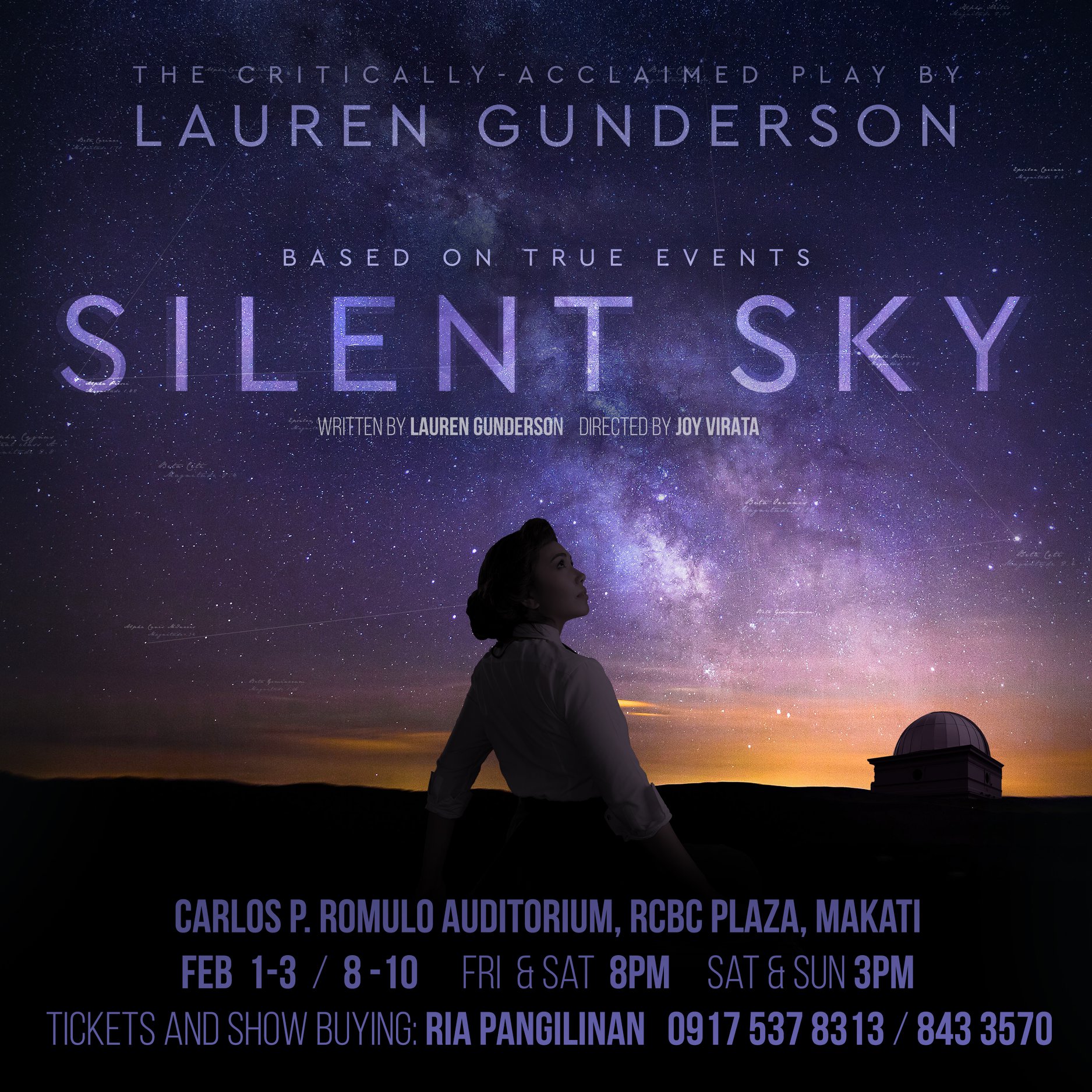 I first heard about Repertory Philippines’ production of “Silent Sky” last year, when it premiered in celebration of International Women’s Day.

I knew it’s a true story that revolved around Henrietta Leavitt, a great lady astronomer who had to fight for a spot in a male-dominated field. I recall reading that she was responsible for a breakthrough in the early 1900s but was never recognized for it. It was made clear in the materials I got hold of then that the play is centered on women’s issues.
But watching the 2019 restaging at the Carlos P. Romulo Auditorium at RCBC Plaza last Saturday, I learned that “Silent Sky” more than just makes noise about the power and strength of women, and gender inequality. 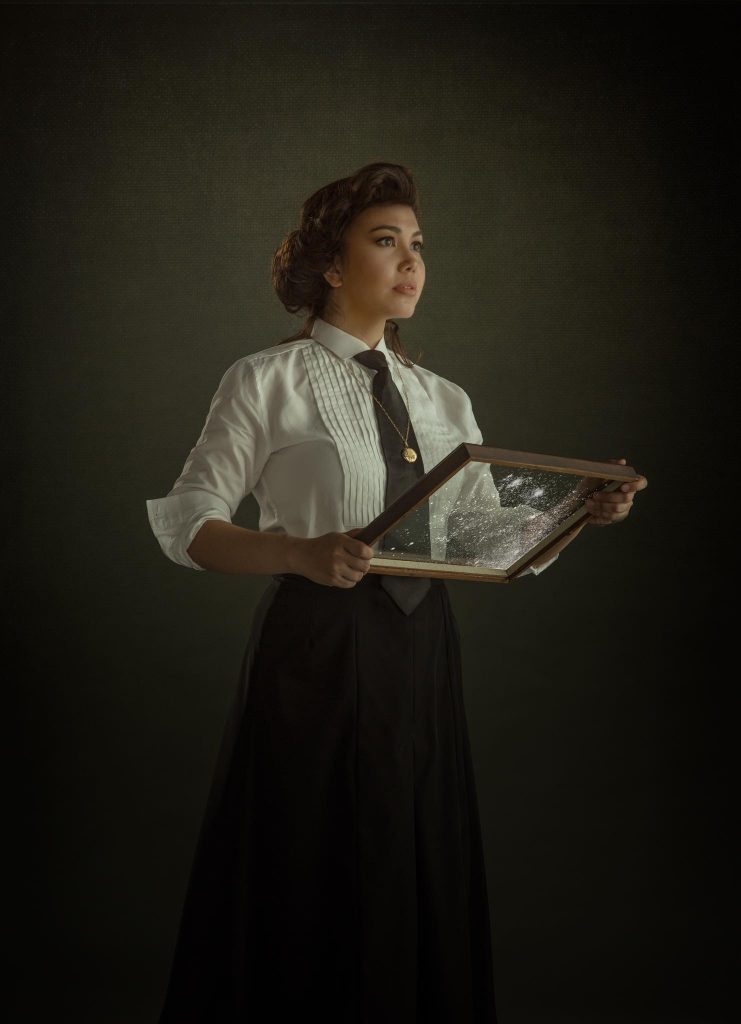 Henrietta Leavitt discovered a distinct mathematical pattern in the stars — a pattern that would, for the first time, enable humans to measure the very breadth of the universe itself and contemplate on the immense beauty of the cosmos.
Photo from Silent Sky’s Facebook page.

Playwright Lauren Gunderson was able to successfully weave in so many other matters that anyone can relate to like ambition, following one’s passion, and the consequences of the relentless pursuit of a goal. As trade-offs were tackled, it was names of men that came to mind, I know of a few who would definitely be able to connect with that subject.

“Silent Sky” is heavy on sibling relationship as well, that topic really tugged at my heart. The play touched a wee bit on faith. It also reflected the significance of the right work environment and having a support group/mentor (no matter how small) that believes in you. And of course, no story can be complete without love and loss.

I really appreciated how the importance of sense of wonder was given emphasis because the dire lack of it, which I observe among the young generation, deeply concerns me.

“Wonder will always get us there, those of us who insist that there is much more beyond ourselves. And I do”. I got goosebumps hearing Henrietta utter those words. There were several other quotable lines, the type you would want to post as Facebook status. No doubt the material is inspiring and brilliant. But without the actors, the words would not have sparkled as much as they did. 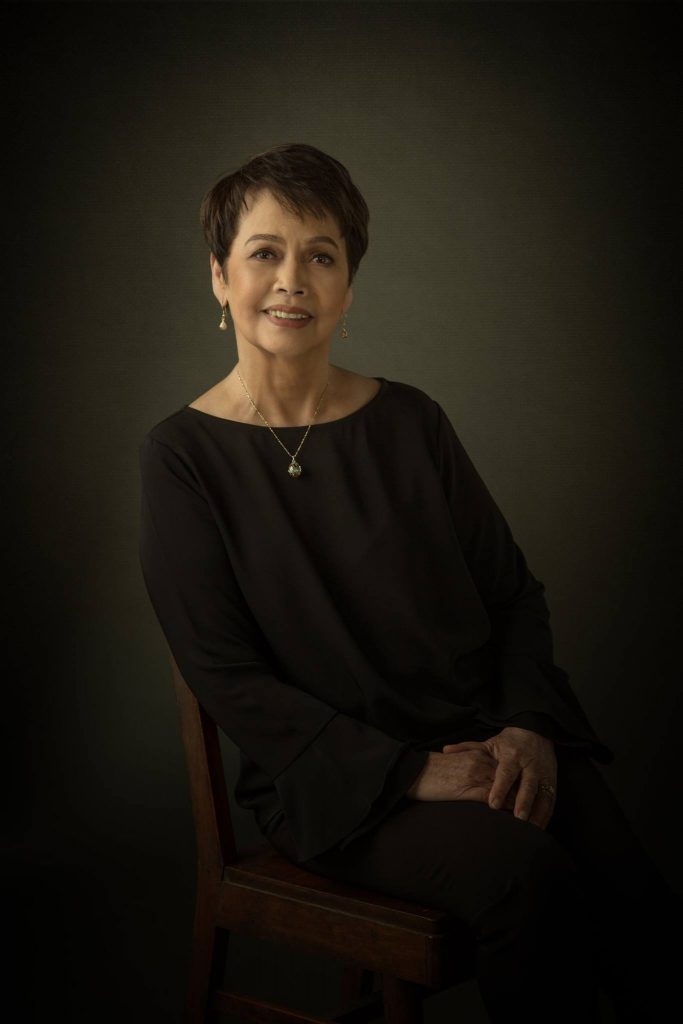 I tried to choose a favorite among them – I usually have one – but I couldn’t. They all did an amazing job! Their delivery was excellent, timing was impeccable, and acting was natural. I was riveted to every scene and shared every character’s emotions. I laughed (too many times), was angered, got frustrated, cried, celebrated, and was kilig along with them. I wasn’t a spectator, I wasn’t part of the audience, I felt I was right smack in the middle of every scene!
It was all made perfect with the efforts of the artistic team composed of Philstage Gawad Buhay awardees Joey Mendoza (production design), John Batalla (lighting design), and Jethro Joaquin (sound design). 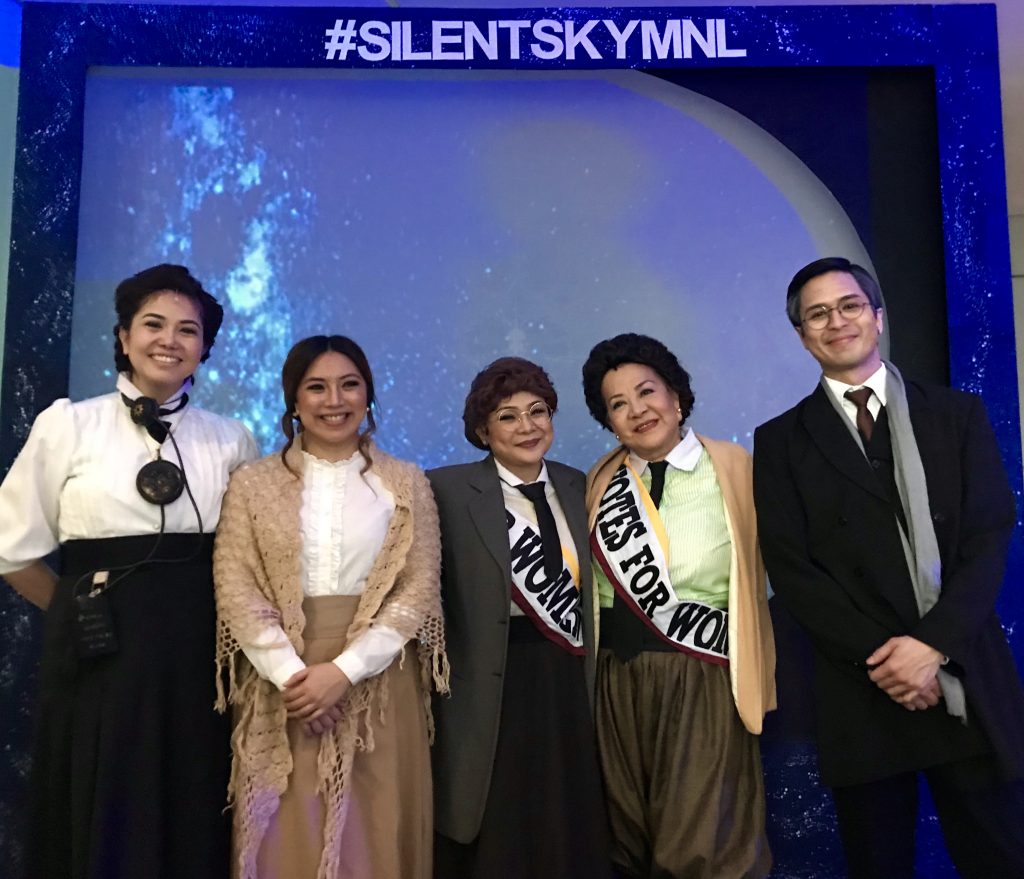 Jelly, who invited me to watch with her (thank you!!!) has seen “Silent Sky” six times (including last year’s run) and I think she’s going again next weekend. Hah, I just might join her one more time! 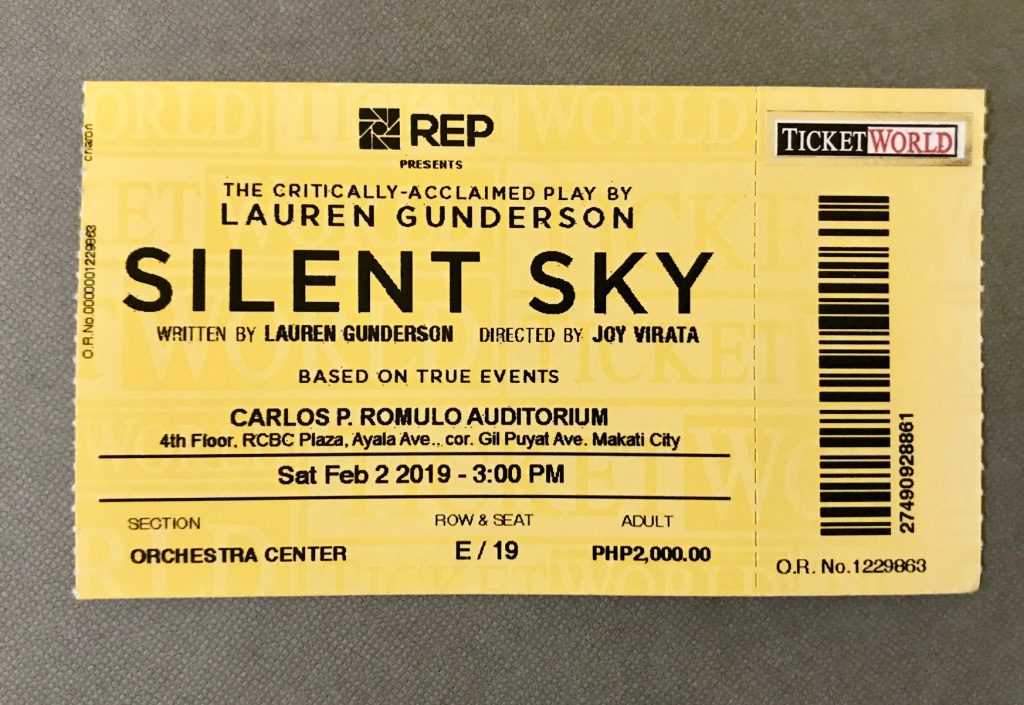 For tickets, call (02) 8919999 or log on to www.ticketworld.com.ph. For updates, visit @silentskymnl on Facebook.  For block buying, email riapangprojects@gmail.com. 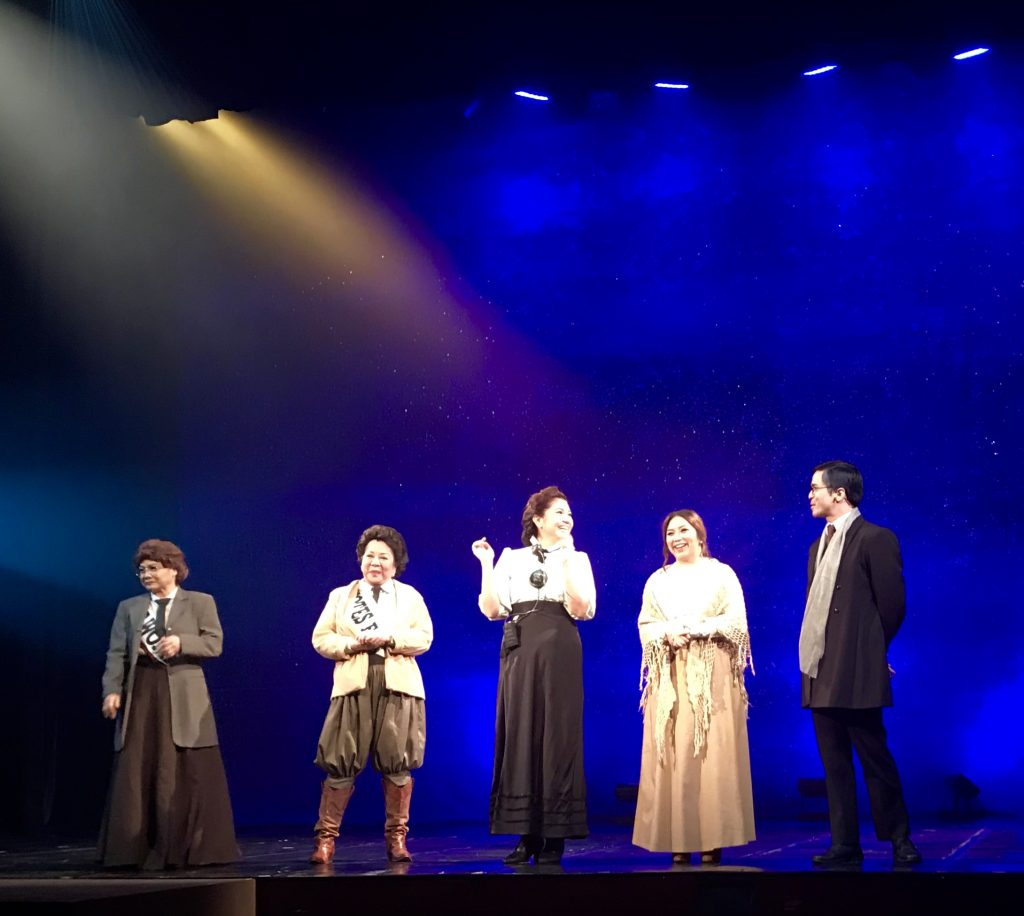 The cast thanking the crowd and encouraging everyone to spread the word about #SilentSkyMNL. Yes, let’s! 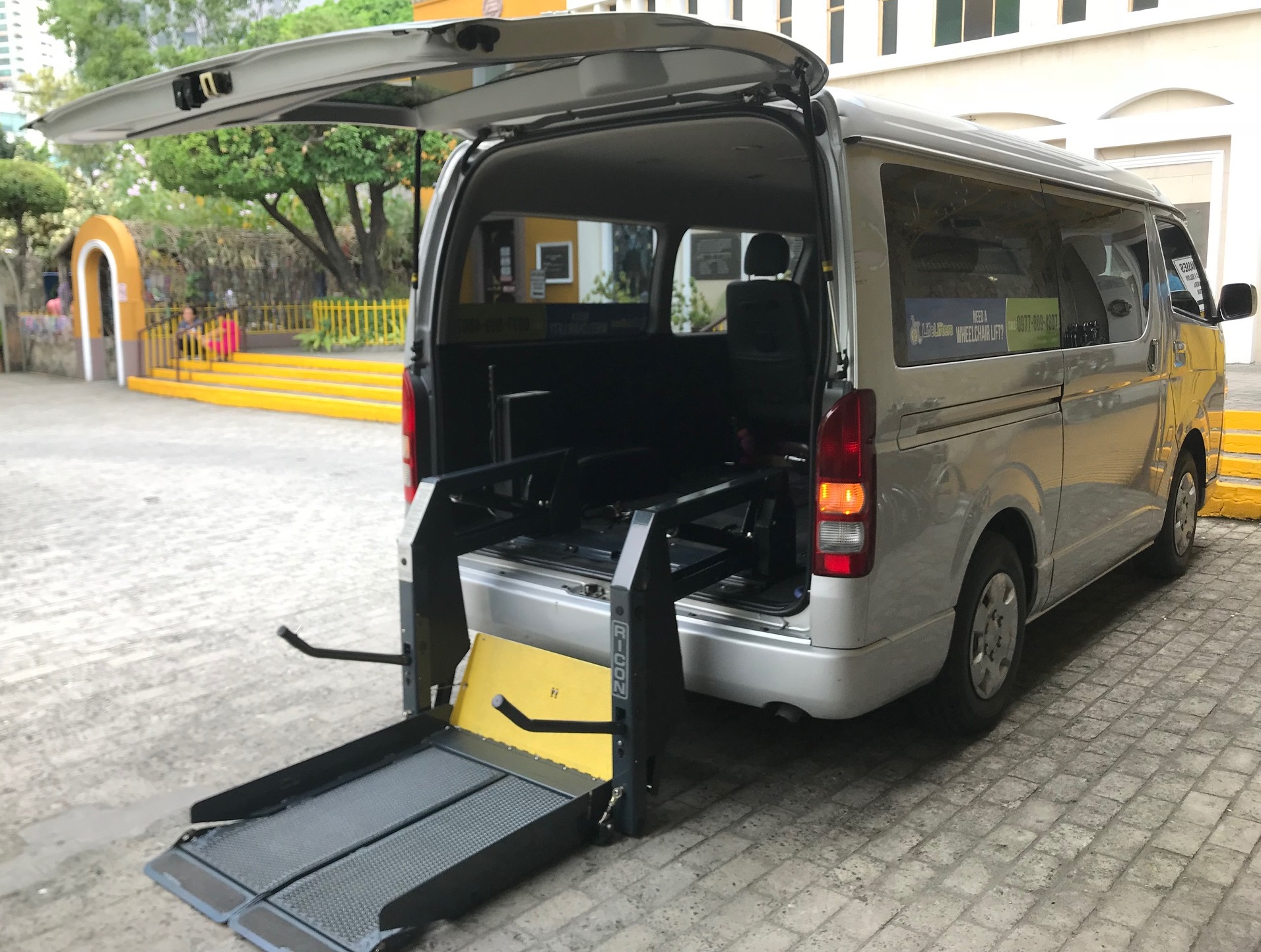